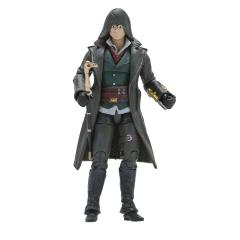 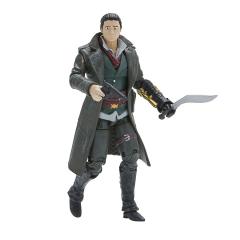 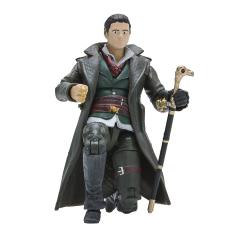 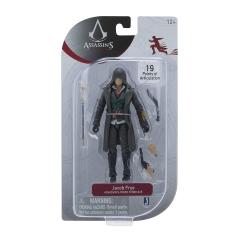 Jacob was a member of the British Brotherhood and twin brother to sister Evie. Unlike his sister, Jacob acted instinctively, leaping into situations without much forethought. Jacob lef the Rooks, a criminal syndicate of gangs formed to counter the Templar-supported Blighters. With his sister, he is credited with liberating London from a century of Templar control, and saving the life of Queen Victoria in the process.

The Jacob Frye Action Figure comes with two unique battle gear accessories and interchangeable hands in which one hand holds a non-removable gun. His assassins hood is also removable!