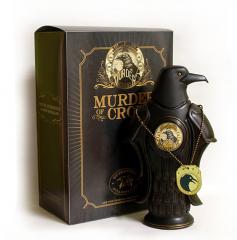 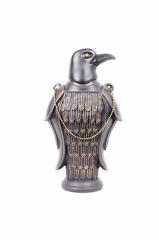 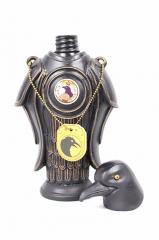 An extremely limited run of replica Murder of Crows Vigor bottles were manufactured by Irrational. The bottles are made of resin, contain liquid (but can't be opened) and are individually numbered out of 400. They're exact scale replicas of the Murder of Crows vigor used in the game.

A limited number of the bottles were given away at a BioShock Infinite press event in August 2010 shortly after the game's announcement. Irrational also gave away a single bottle as the grand prize in its Halloween 2011 Costume Contest.

A miniature keychain version of the Murder of Crows vigor is included in the BioShock Infinite Collector's Editions.