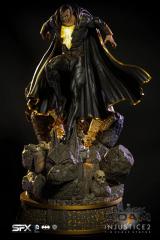 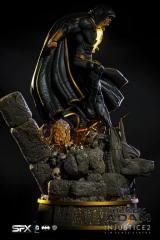 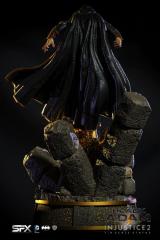 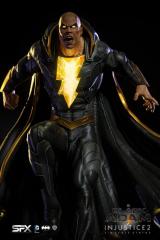 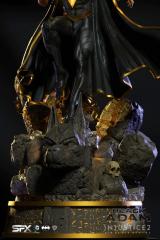 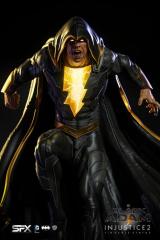 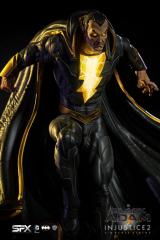 Black Adam is freed after millennia.

Sivana agreed to help Adam find the Wizard in exchange for a cure to help his dying family. Sivana brought Adam to New York City to show him how much the world had changed. Adam seemed solemn that the people of the modern era lived such sad, mundane lives without magic. Deciding to take a closer look, Adam flew down to the street level where he witnessed a protest taking place. Sivana explained that these people were protesting against a corrupt businessman who had stolen their livelihoods.

Adam flew up to the businessman's office where he mercilessly dropped the man to his death. Adam saw how truly twisted the World was when instead of revering Adam for his actions, the protesters labeled him a monster and fled.

Believing he had seen enough of the modern World, Adam brought Sivana into the sewers where he attempted to access the Rock of Eternity. However, as soon as he tried to enter the gateway he was shocked backward. Adam gazed into the gateway and saw the Wizard dead on the cold stone floor. He came to the realization that the Wizard had passed his powers onto a new champion who would have to die before Adam could enter the Rock once again.

Black Adam stands an awesome 38cm tall with an exclusive base which has been beautifully sculpted with so many details. This version comes with 4 Switch Out heads and LED Features in the Eyes, Chest, and Base.