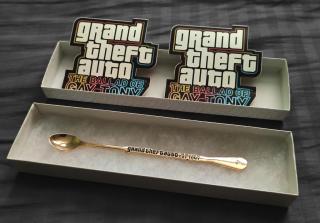 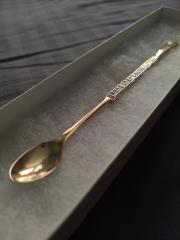 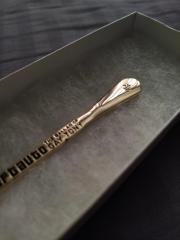 Spotted on Reddit from user: artofrockstargames, this item is described as a spoon given at the Penny Arcade Expo, only 400 spoons were made, it was also given away to special guests and developers at the launch party.

Also referred to as a "coke" spoon.