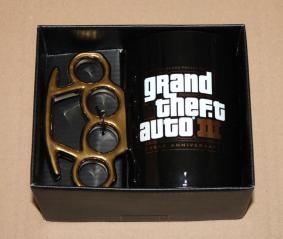 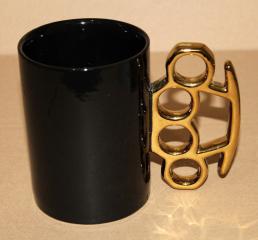 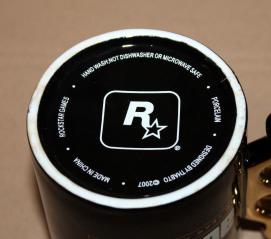 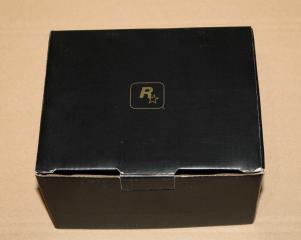 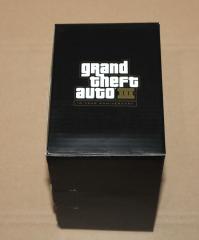 These debuted as limited giveaways at the 2011 Comic Con booth in NYC, the Grand Theft Auto III Ten Year Anniversary Knuckleduster Mug features: a "brass knuckle" handle that is electroplated with Titanium, a Grand Theft Auto Ten Year Anniversary logo that is printed with white ink and real 18kt gold, and a white Rockstar logo printed on its base. They were later sold on Rockstar's website for $20 each.