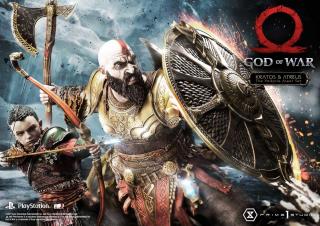 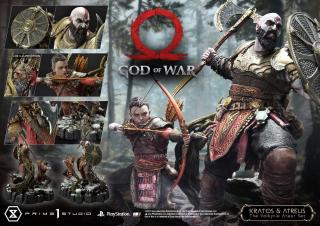 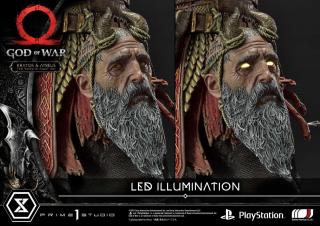 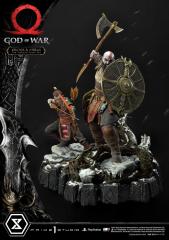 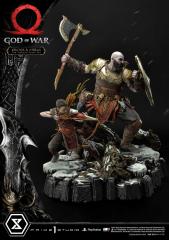 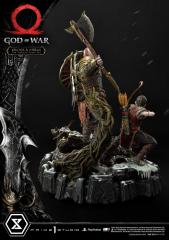 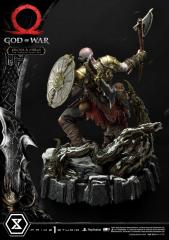 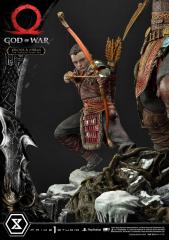 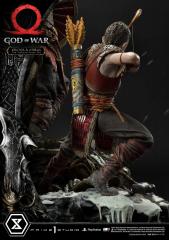 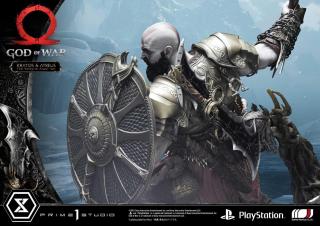 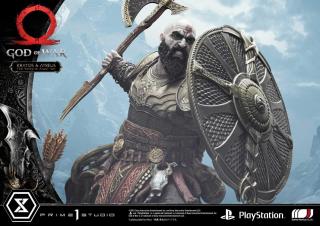 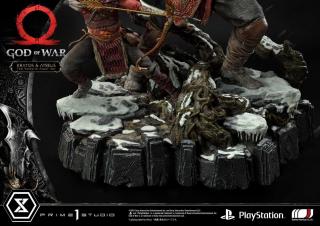 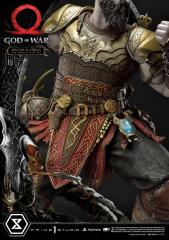 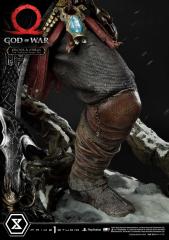 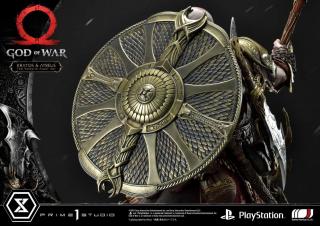 "The Truth. I am a god, boy. From another land, far from here. When I came to these shores, I chose to live as a man. But the truth is...I was born a god. And so were you.â€ - Kratos to Atreus

Our sculptors worked very hard to replicate the in-game design of the Valkyrie Armor Set to make it functional for a real-world figure. There are layers upon layers of plating, all with their own special embossing and scrollwork. Every strap, every buckle, every texture...True to the game, and embellished for our discerning fans. Not to be left out, Atreus has been painted in eye-popping scarlet and emerald colors, with his loincloth bedecked in metallic crimson armor plating. Far from being empty-handed, Kratos wields his signature game weapons: the Leviathan Axe and the Guardian Shield...both rendered in stunningly crisp detail as only our talented stable of artists can reproduce. Likewise, Atreus is shown ready to loose an arrow from his fully upgraded Talon Bow!

And of course, accompanying Kratos and Atreus on their journey is the decapitated head of Mimir, the smartest man alive! In this statue, the God of Wisdom is equipped with LED Illuminated eyes, so they can light up just like in the game. This statue set is a perfect companion piece to another God of War stunner: the 1/4 Scale UPMGOW-01: Baldur and Broods Statue. You will be able to display them facing each other for that perfect confrontational scene! If Kratos and Atreus in the Ivaldiâ€™s Deadly Mist Armor Set wasnâ€™t your cup of tea, then definitely pick up this statue as soon as possible because we can guarantee that everyone else will!