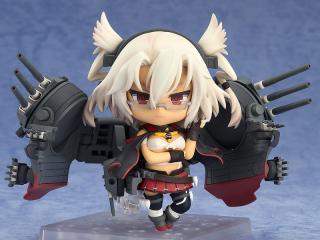 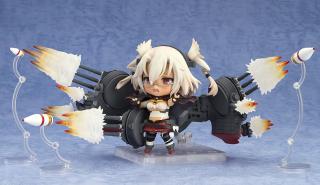 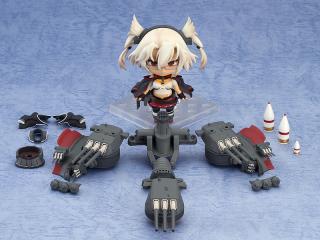 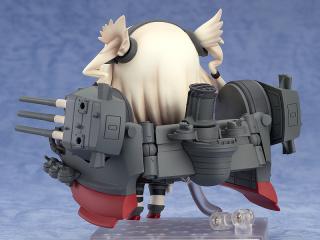 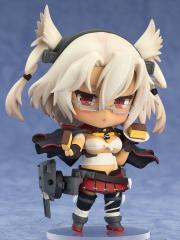 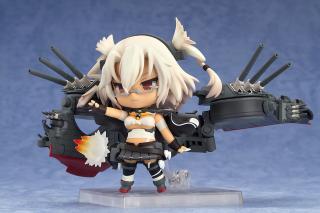 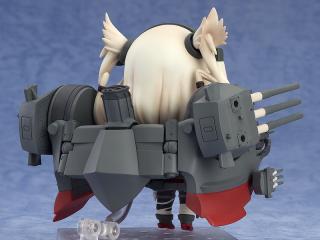 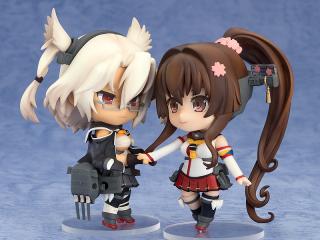 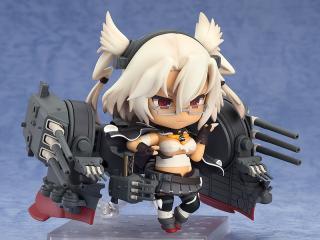 "It would seem that I've kept you waiting. I am the second Yamato-class battleship, Musashi!"

From the popular browser game 'Kantai Collection -KanColle-' comes a Nendoroid of the second Yamato-class battleship, Musashi! She comes with three face plates including her gallant standard expression, an embarrassed expression and a half-damaged expression.

Just like Nendoroid Yamato, her ship parts are attached with Nendoroid joints which allow them to be opened out. A smaller 46cm triple gun mount that attaches to her hips as well as two huge turrets that connect onto the main ship parts are included. Each turret also comes complete with effect parts which means you can pose her firing all her weapons in an all out attack!

A castella cake and sara udon are included as the usual KanColle food parts, and she also comes with parts that allow you to switch her into 'Musashi Kai' form! A special hand part for holding hands with the previously released Nendoroid Yamato is even included for some joint poses! Enjoy all sorts of situations with the huge selection of parts included with Nendoroid Musashi!