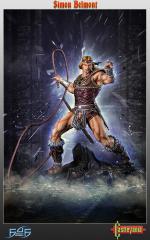 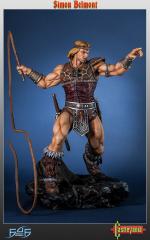 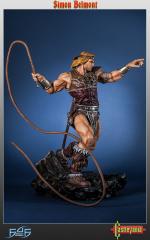 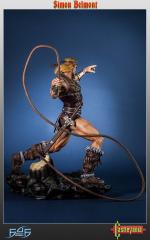 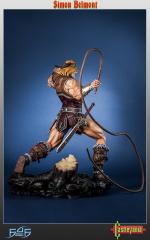 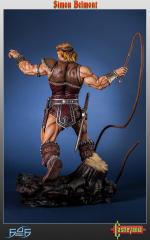 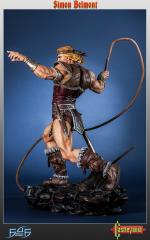 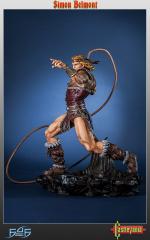 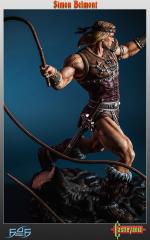 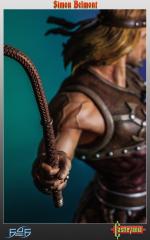 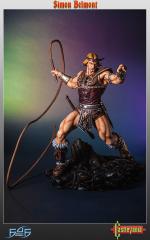 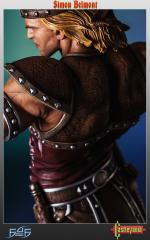 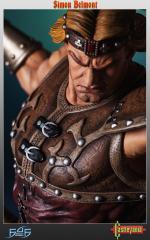 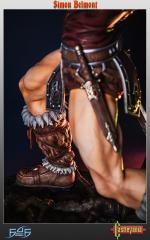 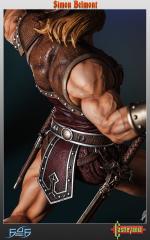 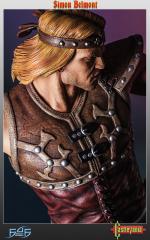 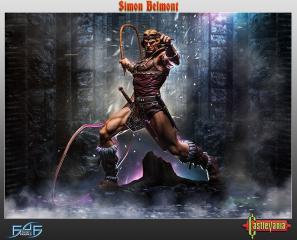 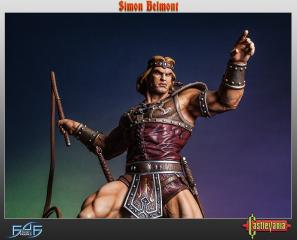 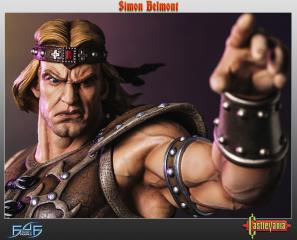 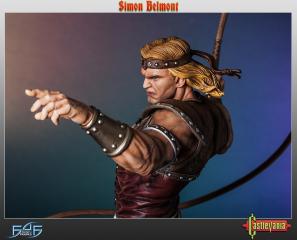 Simon Belmont was a member of the famed Belmont Clan of Vampire Hunters, whose valiant efforts and Vampire Killer whip had seen the world rid of the evil Dracula and his henchmen. But peace would not last, as 100 years later Dracula was reawakened. As the heir to the Vampire Killer, Simon was entrusted with the duty of killing Dracula as his ancestors had done before.

First 4 Figures proudly presents Simon Belmont, as he appeared in the boxart for the very first Castlevania game. He's stood at the foot of Dracula's Castle, cracking the Vampire Killer as he prepares to embark upon his quest to slay Dracula. All of the details from his leather armour and metal plates to his locks of hair and the tree stump on the base have all been painted by hand after being cast in smooth, high quality polystone resin.

The Simon Belmont statue comes at a 1/4 scale, measuring for a total height of 20 inches.

Comes in deluxe full-color packaging, a base numbered individually by hand and an authenticity card that allows collectors register their statue on First 4 Figures' website, and in turn allows them to collect the same product number in future entries to the Castlevania line of statues.

This is the second statue in the Castlevania line, meaning that customers who have already registered Dracula will be entitle to the same production number for Simon Belmont.