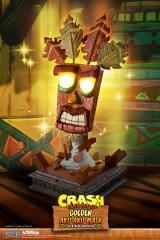 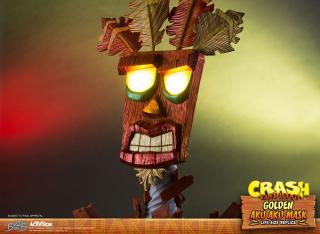 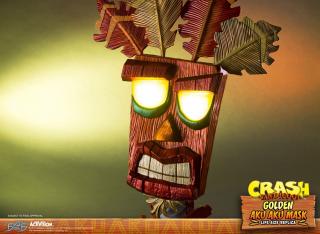 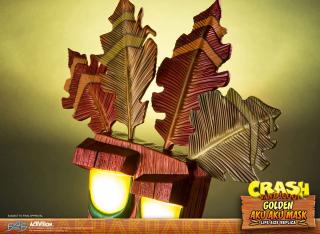 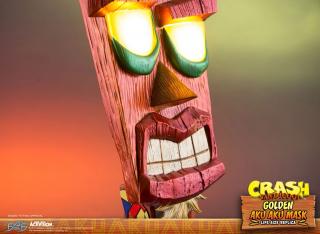 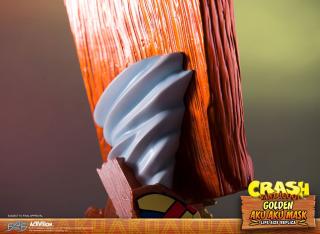 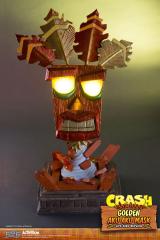 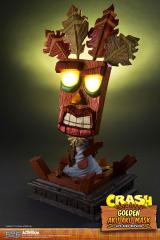 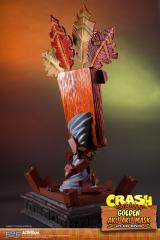 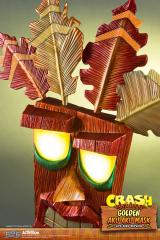 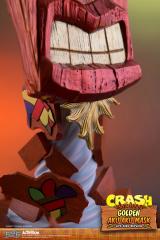 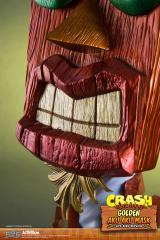 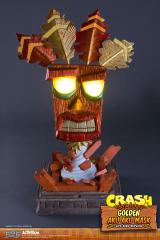 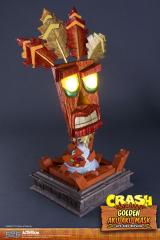 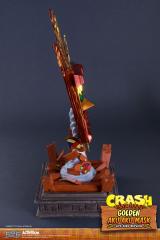 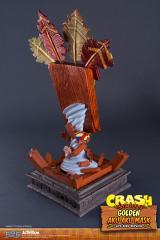 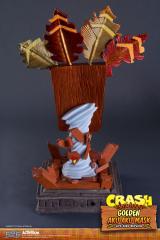 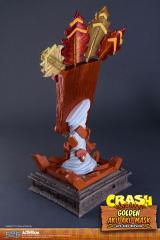 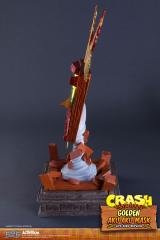 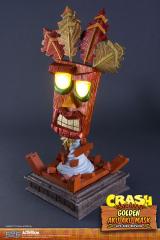 Aku Aku is an ancient benevolent witch doctor spirit who was reincarnated and is able to communicate through the aid of a special wooden mask. Throughout the Crash Bandicoot series, Aku Aku guides Crash, his sister Coco, and their friends as they defeat the forces of evil. He is also seen as a father figure to them as well.

Aku Aku is a good hearted, happy, and peaceful being. At the same time, he knows when to take important matters seriously. He is also obedient to the rules of his superiors who are called "The Ancients". They are mysterious beings who have strangely never been seen.

Aku Aku aids Crash and his friends by appearing alongside them when certain crates are broken. When one of these Aku Aku crates is broken, Aku Aku appears beside the player and can take one hit for them. When an additional crate is broken, Aku Aku will turn a gold color. When this happens, Aku Aku can take two hits total for the player. He'll revert to his original state after taking one hit. When a third crate is broken while having the gold Aku Aku mask, Aku Aku will push against the player's face which makes the player invincible for a short amount of time.

This mask was also available in a special combo edition with the regular Aku Aku Mask for $699.99.