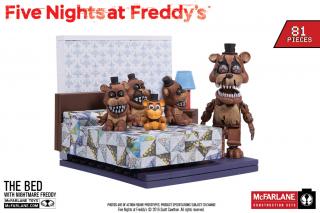 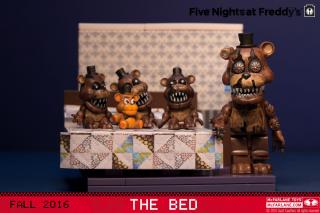 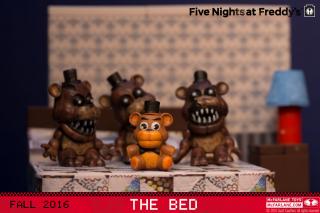 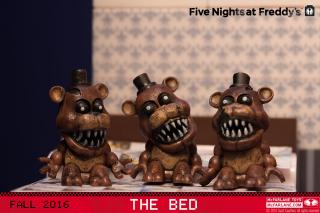 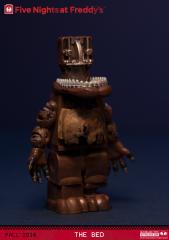 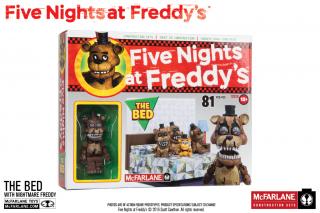 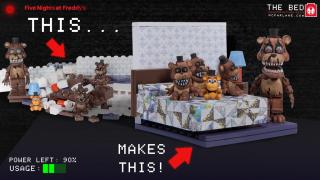 Appearing in the 4th installment of Five Night's at Freddy's The Bed is the main stay of the iconic Five Nights at Freddy's Bedroom. Located directly behind the player's point of view, The Bed is an ominous presence, and is the main location for Nightmare Freddy and the Freddles. With its decorative features and comforting look, The Bed looks to be a safe haven, but its appearance can be deceiving...