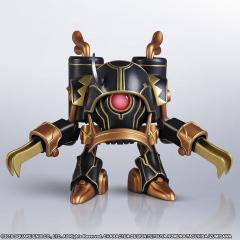 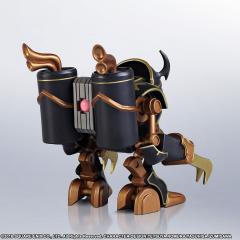 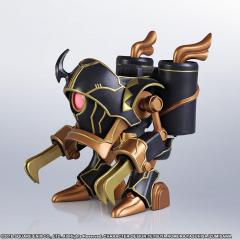 From WORLD OF FINAL FANTASY, MAGITEK ARMOR makes their appearance to the Static Arts mini line!

When mounted, this magically-powered machine can be used as a means of transportation, but it is also a formidable contender in battle! It can deal heavy blows and fire elemental beams from its lens, making it a very nifty ally and a definite must-have during your adventures in Grymoire.

This iteration of the Magitek armor incorporates mechanical elements like the rig on its back, the claw-like hands, and its plating and joints, while still giving off the feeling that it's alive. Its signature single eye is painted with two colors and a gradation to give it a convincing glow. Our designers took great care in recreating every precise detail.