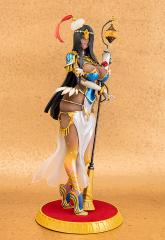 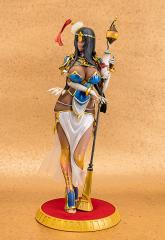 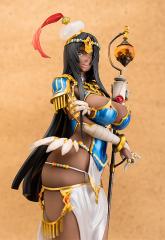 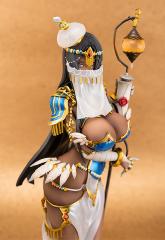 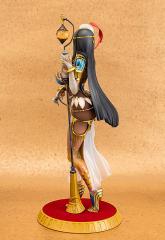 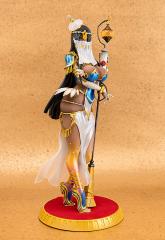 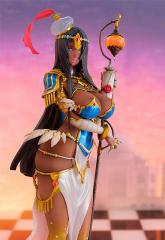 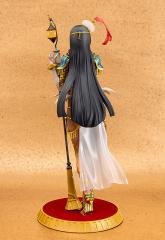 "So I have been summoned as a figure..."

From the popular smartphone game "Fate/Grand Order" comes a scale figure of the Caster of the Nightless City, Scheherazade! Scheherazade's impressive body and highly detailed outfit draw in the eyes. Even the hard to see portions of the figure, like her back beneath her long hair, have been faithfully recreated based on the original character reference, further emphasizing the incredible quality of the figure. An interchangeable face veil part and hat decoration part are included, allowing you to display her in her initial appearance as well. Be sure to add her to your collection!