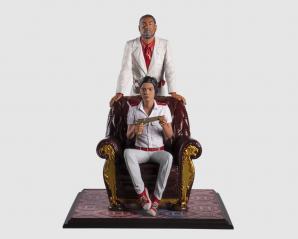 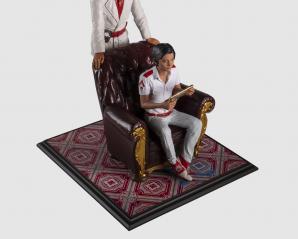 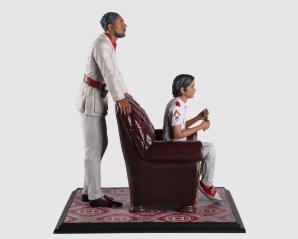 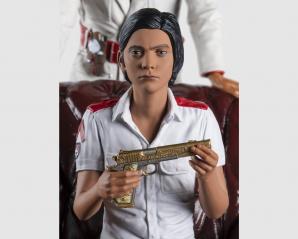 AntÃ³n is the leader of Yara and a ruthless dictator. He rose to power on the promise of restoring his once-prosperous island nation back to its former glory, and plans to forge his vision of paradise by any means necessary. With his 13-year-old son Diego dutifully at his side, AntÃ³n has the future of Yara clenched tightly in his hands.

Ubicollectibles is proud to present a new figurine directly inspired by the characters and story of FAR CRY 6.
This high-quality statue showcases AntÃ³n Castillo, the President and leader of Yara, and his teenage son Diego. Sitting in his father's oversized chair, the young heir to Yara cautiously holds AntÃ³n's gun - a M1911 .45 Caliber Pistol emblazoned with the family crest.

Determined for his son Diego to follow in his footsteps, AntÃ³n looks toward a future where his son upholds his family legacy. However, even though Diego has been raised by a dictator, he is still just a teenager caught between a desire to be his own person and his duty to become what his father expects of him.