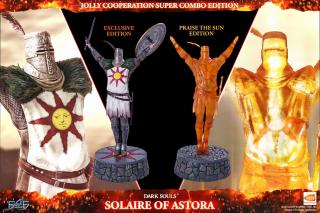 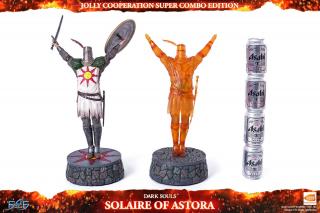 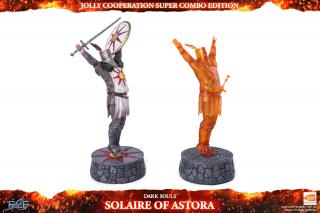 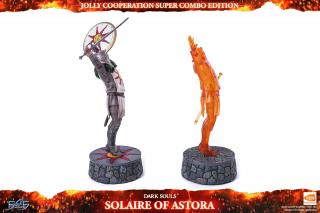 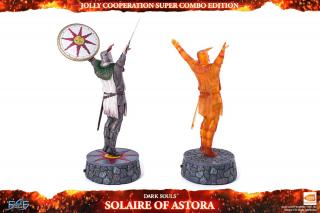 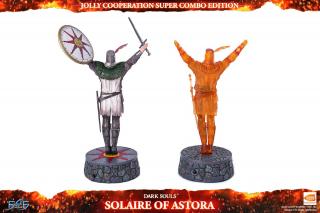 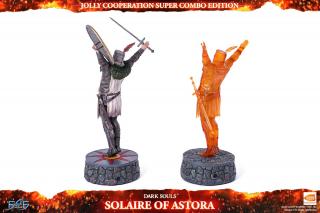 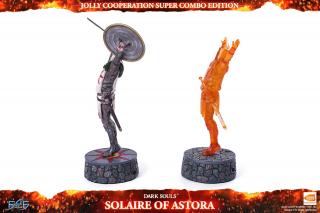 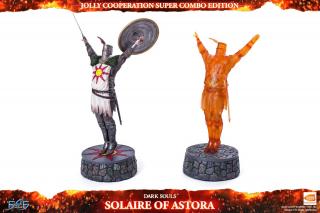 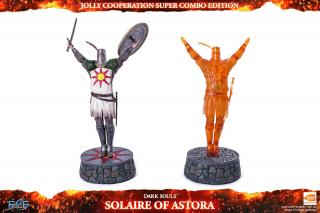 "You really are fond of chatting with me, aren't you? If I didn't know better, I'd think you had feelings for me! Oh, no, dear me. Pretend you didn't hear that! Hah hah hah!"

Solaire of Astora is a member of the Warriors of Sunlight covenant who is in the search of his own sun. He is a cheerful, jolly, powerful knight who doesn't let the collapsing world affect his demeanor. He willingly wants to become one of the undead so he can complete his own quest.

First 4 Figures is proud to present Solaire of Astora. An exceptionally skilled warrior from FromSoftware's stunning action role-playing game: 'Dark Souls'. Dark Souls takes place in the fictional kingdom of Lordran. Players assume the role of a cursed undead character who begins a pilgrimage out of the Undead Asylum to discover the fate of the Undead.

Solaire of Astora stands at 21.5 inches tall from the tip of his Sunlight Shield to the base making for a simply stunning display centerpiece for any Dark Souls fan. Comes in deluxe full-color packaging, hand numbered base and an authenticity card that allows you to purchase the same product number for future pieces in the Dark Souls series.

This is the third statue in First 4 Figures' Dark Souls line. If you already have authenticated any previous statues in the line (Artorias the Abysswalker and/or The Great Grey Wolf, Sif) then you will be entitled to receive the same number for Solaire of Astora!