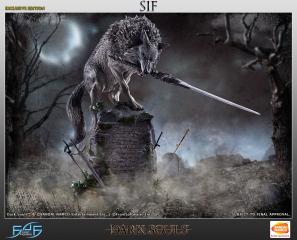 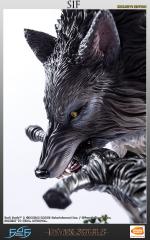 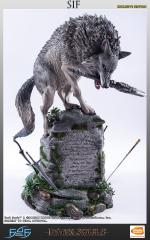 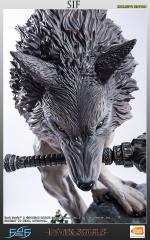 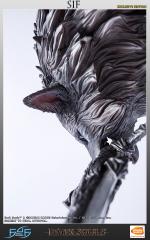 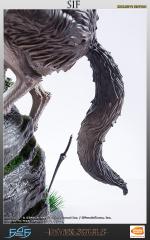 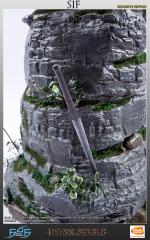 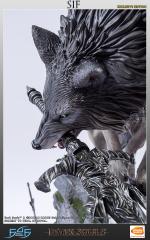 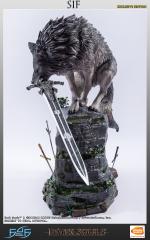 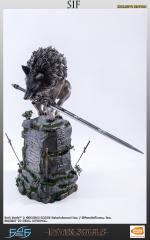 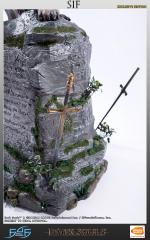 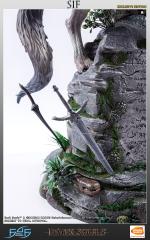 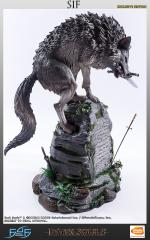 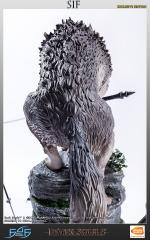 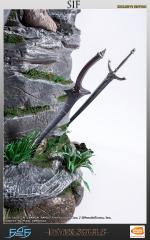 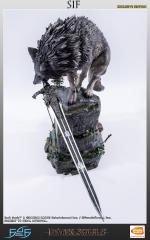 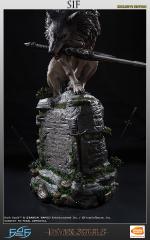 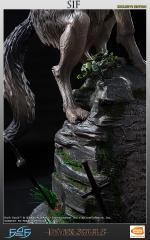 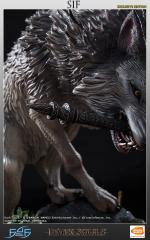 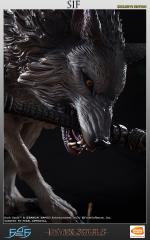 Alone, in a serene graveyard across the river from the Darkroot Garden, a giant wolf guards the grave of Artorias the Abyswalker to prevent others from meeting the same fate as his former master. Clutching the Greatsword of Artorias in his mouth, Sif is ready to battle. He is surrounded by the blades of all who have tried and failed, so when it's your time to face him, only one of you leaves that garden alive.

First 4 Figures is proud to present The Great Grey Wolf, Sif. A giant noble wolf from FromSoftware's stunning action role-playing game: 'Dark Souls'. Dark Souls takes place in the fictional kingdom of Lordran. Players assume the role of a cursed undead character who begins a pilgrimage out of the Undead Asylum to discover the fate of the Undead.

Sif stands at 25 inches tall from the top of his hair to the base, making for a simply stunning display centerpiece for any Dark Souls fan.
Comes in deluxe full-color packaging, hand numbered base and an authenticity card that allows you to purchase the same product number for future pieces in the Dark Souls series.

This is the exclusive edition of The Great Grey Wolf, Sif. Comes with additional diecast swords that can be attached to the base. The following swords include the Gold Tracer, Silver Knight Straight Sword, Sunlight Sword and the Black Knight Sword, truly bringing the entire piece to life. Also comes with an exclusive Sif Art Print.

Not only that, a Wolf Ring will be included as part of the Exclusive package. (Final designs will be determined at a later stage of development - Please check out our F4F Official Collectors Club on Facebook for the latest updates).