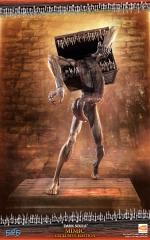 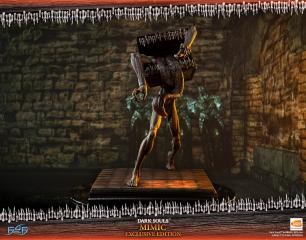 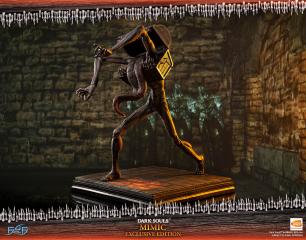 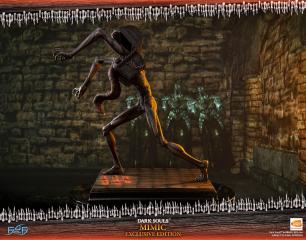 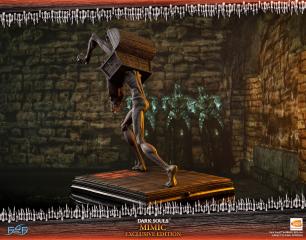 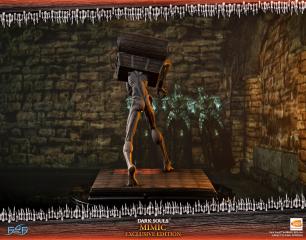 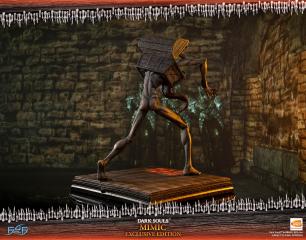 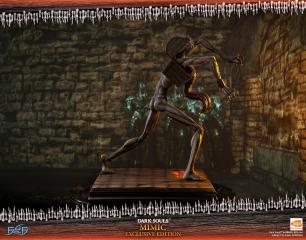 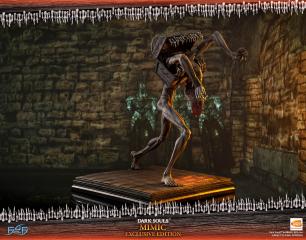 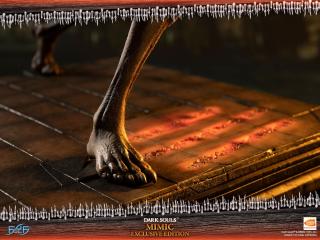 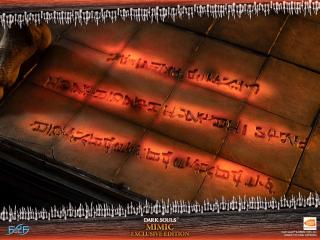 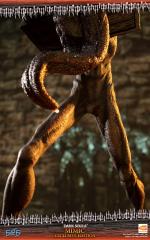 Sleeping in the corners of Lordran, the Land of Ancient Lords, are these seemingly harmless treasure chests awaiting discovery. Sooner or later, inexperienced and greedy travelers would befall the Mimic's clutches as they attempt to retrieve the treasures within.

Mimics are unique monsters disguised as treasure chests. If players mistakenly open one of these, it will grab and sink its teeth into them with no remorse. If attacked, it will reveal its true and intimidating nature and shred the ill-fated apart. Rumor has it that the treasures they keep are belongings of their unfortunate victims of past.

There are tells, however, to differentiate Mimics from normal treasure chests, but we'll leave that up to players to git gud and learn themselves. (HINT: Pay close attention to the chest's chain, and like any other living creature, what do they need to do to survive?)

Purchasing the Dark Souls - Mimic EXCLUSIVE edition at anytime during Day One after the launch starts (24 hours) will entitle you to the following extra free bonuses:
- An additional Signature Card signed by Alex Davis.
- A Signature edition Hologram Sticker.