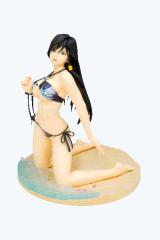 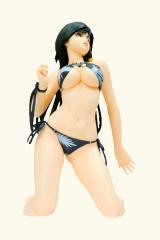 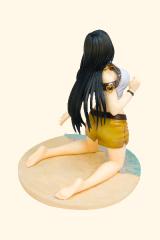 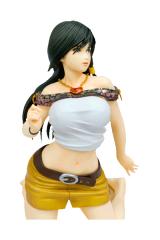 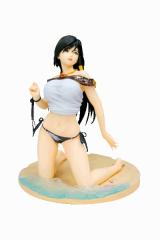 A KOTOBUKIYA Japanese import! The XBOX 360 sequel to DOA XTREME takes the players beyond combat, beyond volleyball, and into additional beach activities, such as personal watercraft races, gambling, and more! All the while, still looking as hot as can be in a variety of stunning beach attire!

Half-Japanese and half-European, the gorgeous KOKORO has spent her entire young life in the land of the rising sun training to be a geisha, before moving on to the realm of combat and competition on Zack Island. For the first time ever, Kokoro has been made into a 3D sculpture, to the delight of many patient DOA fans!

Kneeling seductively on the beach with the tide just reaching her knees, Kokoro comes with two outfits -The glamorous "Citron" shirt and mini-skirt is REMOVABLE and reveals a strapless bikini called "Apple" underneath. As a special bonus, Kokoro also includes an actual wood and paper Japanese umbrella accessory! This 1/6th scale 7" tall figure is sculpted by Yuzo and continues Kotobukiya Venus on the Beach series of pvc statues!