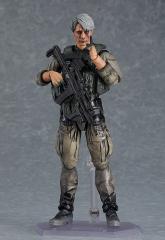 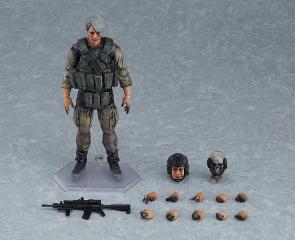 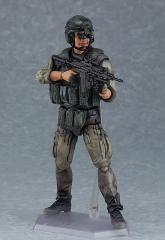 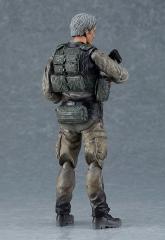 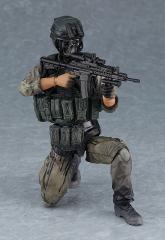 - Using the smooth yet posable joints of figma, you can create a variety of poses from the game.
- A flexible plastic is used for important areas, allowing proportions to be kept without compromising posability.
- 3D paintwork has been utilized to realistically recreate his face. Both a standard face and grinning face (with helmet) are included.
- A skeleton soldier head, assault rifle and cigarette are included as optional parts.
- An articulated figma stand is included to display the figma in a variety of poses.