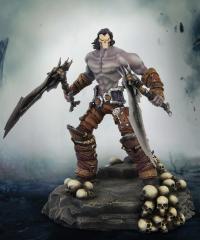 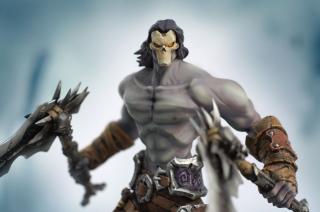 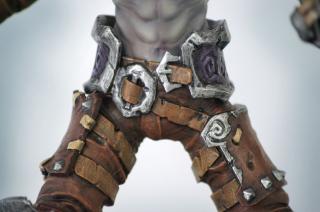 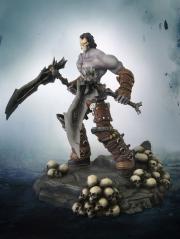 Darksiders II is an action role-playing video game in which the player jumps into the character of Death, leader of the Four Horsemen, to resurrect humanity and undo the crimes that his brother War was accused of. To celebrate the remake of Darksiders II for PlayStation 4 and Xbox One, Gaya Entertainment has created the most authentic depiction of the protagonist, capturing every little detail and making this the most accurate statue of Death ever released. Based on his look in Darksiders II, Death is standing atop a remarkable rock covered by skulls, holding his deadly Scythes up and putting fear into his enemies eyes with his iconic face mask. Due to the high level of detail, Death looks like he stepped right out of the game and has come to life. Showcasing his battle-damaged armor plates and worn clothes, the sculpture is made of high quality PVC and stands 26cm tall on a beautiful base, making this a true centerpiece for any dedicated Darksiders fan.