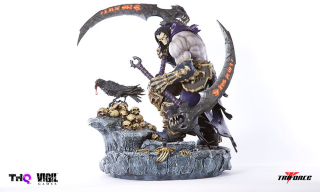 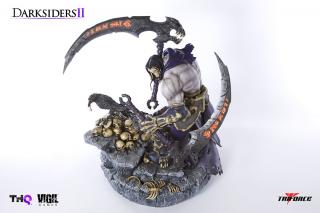 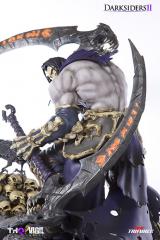 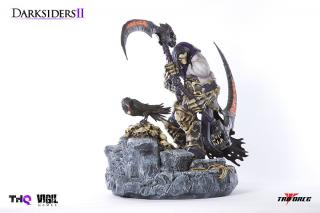 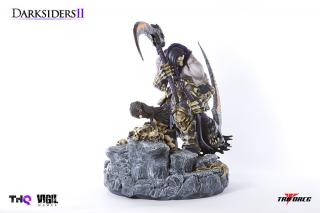 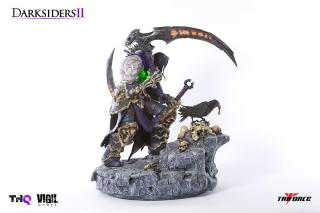 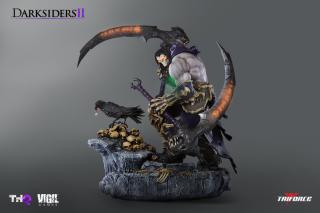 TriForce proudly presents the officially licensed Darksiders II: Death & Dust Premier Scale Statue Soul Reapers Edition, masterfully sculpted and painted by the artisans at TriForce. The end result is the most authentic portrayal of Death & Dust as envisioned by artist and creator, Joe Madureira. The Death & Dust Premier Scale Statue Soul Reapers Edition is hand-finished and hand-painted to precision quality. Intricately crafted and cast in polystone, it measures 32" in height, weighs in at 55 pounds, and features working LED effects! Own this authentic piece of videogame history as part of a Limited Edition of 150 pieces worldwide.

Like his fellow Horsemen, Death is of a race known as Nephilim - among the most powerful beings in the Universe. When Mankind was given the prize of Eden, Absalom - leader of the Nephilim - led his armies against Heaven and Hell in an attempt to steal it back. For this crime, the Charred Council condemned the Nephilim to destruction. The Four Horsemen of the Apocalypse were granted a reprieve from this fate on the condition they aid the Council's victory over their kin. The Horsemen accepted, but it was Death who bore the greatest burden of guilt for the near extinction of his race. Donning his iconic mask to represent his role as executioner on the day he slaughtered his brethren, he has not removed it since.