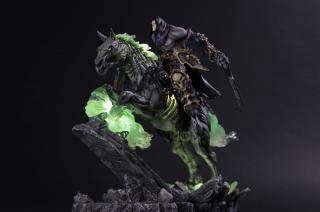 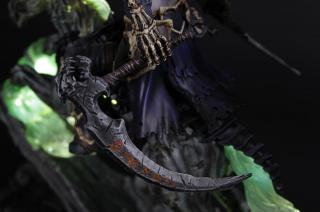 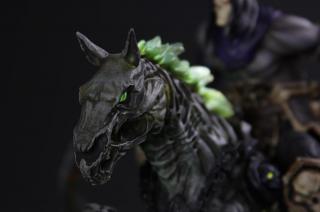 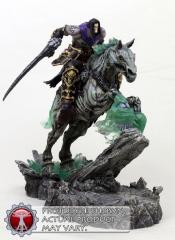 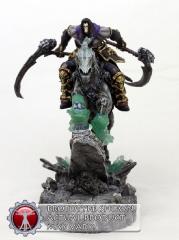 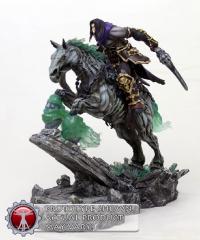 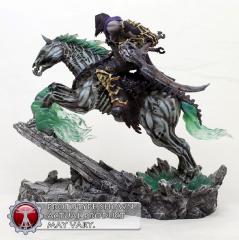 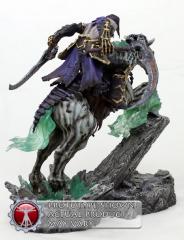 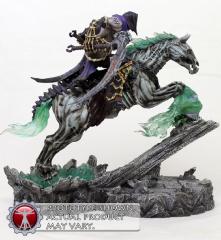 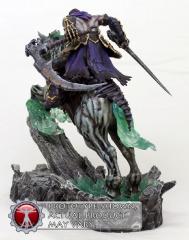 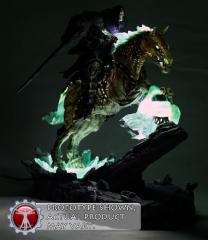 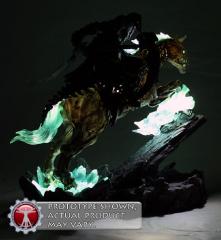 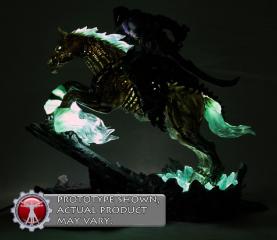 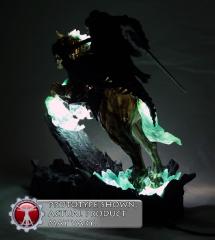 "Death, astride Despair amid the shattered landscape of the apocalypse. Death and Despair are lit by the unearthly flames that emanate from Despairs ethereal body. High intensity LEDs light the mane, tail and wind-buffeted hooves of Despair as he carries Death to their next ordeal.

Death is the iconic lead character in THQ's blockbuster post-apocalypse title Darksiders 2, released 2012. Darksiders follows the travels of our unlikely hero and the trail of his namesake that he leaves in his wake."

The Death and Despair Statue takes the Resin Statue Multimedia experience to new levels. Lit internally by high-intensity LEDs, this exquisitely painted and molded statue will draw attention in the brightest day or darkest night.

- In the standard 12" scale format, Death and Despair are in the same scale as the War and Ruin statue (Released 2011), as well as the Samael statue (Released 2012).
- Powered by standard AC power or via a supplied USB (and any powered USB device) there is never a need to rely on batteries to enjoy the hellish glow of Death astride Despair.

This statue was made in collaboration with Multiverse Studio Inc.