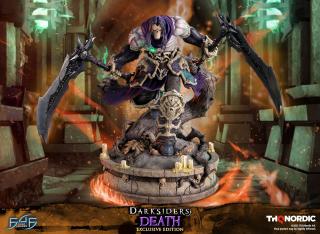 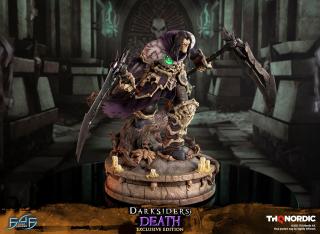 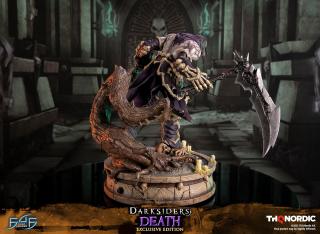 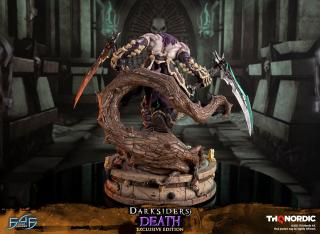 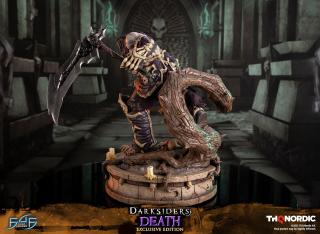 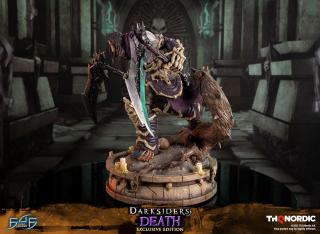 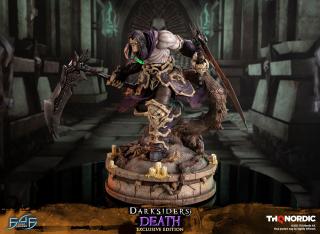 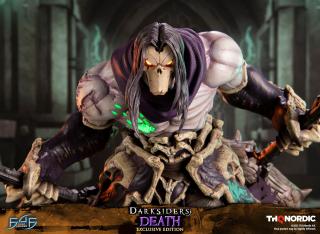 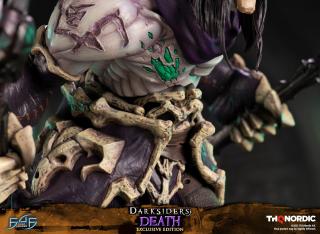 The Exclusive Edition of this statue comes with LED functionality for Death's eyes and the Amulet shards on his chest. His eyes glow a static bright orange, while the shards feature two LED modes: a static mode and an animated pulsating mode!