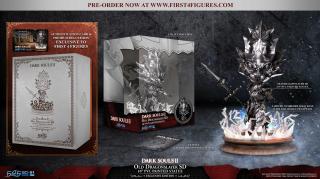 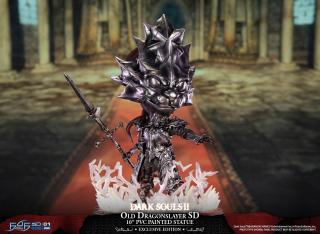 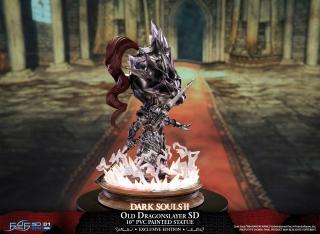 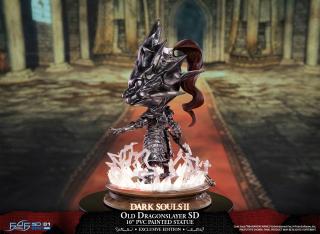 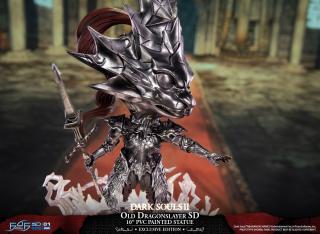 First 4 Figures is proud to introduce their first collectible outside of the original Dark Souls, the Dark Souls II - Old Dragonslayer SD PVC statue. This is a color variant of our Dark Souls - Dragon Slayer Ornstein SD PVC statue.

It's an ongoing debate among fans whether or not Dragon Slayer Ornstein from the first Dark Souls and Old Dragonslayer from Dark Souls II are one and the same, but the fact remains that their armors are similar except in color. This statue has the same details and features found in the Exclusive Edition of our Dragon Slayer Ornstein SD PVC statue except for the base design, which now replicates the Cathedral of Blue boss room.

Don't miss out on this limited-time offer exclusively on First4Figures.com!

This is the third statue in First 4 Figures' Dark Souls SD PVC line. If you already authenticated the previous statue in the line (Solaire of Astora SD), then you are entitled to receive the same number for your Dark Souls - Dragon Slayer Ornstein SD. Otherwise, statue numbers will be assigned randomly.