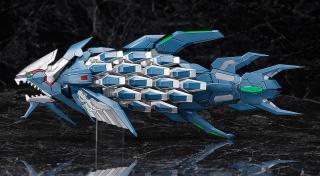 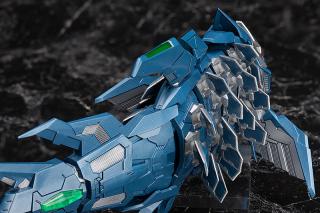 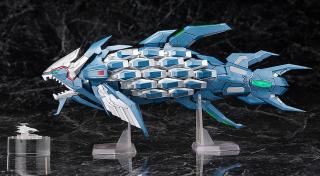 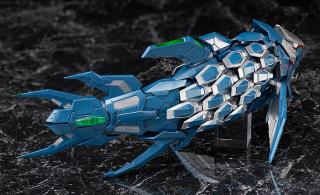 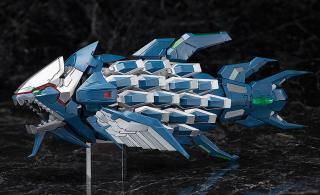 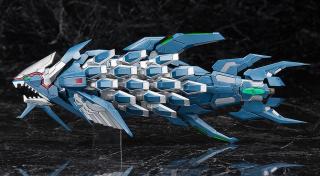 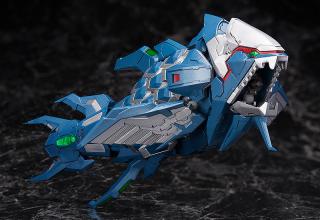 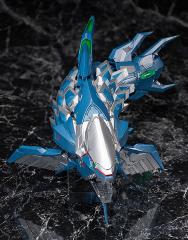 The giant Belsar battleship 'Iron Fossil' is becoming the largest figma release yet! From the game 'DARIUSBURST Chronicle Saviours' comes a figma of the giant Iron Fossil battleship!

- The model makes use of 35 figma joints, a new record for the series. All 32 scales of the figure move independently.
- The main body is separated into 6 parts that can be moved around to recreate the twisting movement of the battleship.
- The Legend Silver Hawk Burst player ship (unpainted) is included in the same scale.
- Special details were specially illustrated by the original designer Kanetake Ebikawa for the figma.
- Using the smooth yet posable joints of figma, you can act out a variety of different scenes.