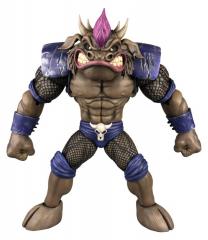 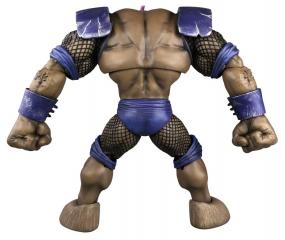 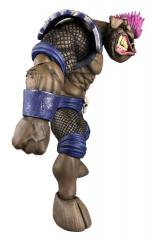 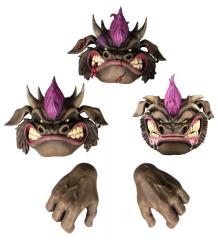 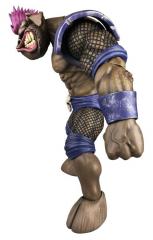 One of the Dark Queens trusted enforcers commanding her armies, General Slaughter is not known for his intelligence, but rather his brute strength! Smashing through the screen and into your collection, General Slaughter is part of the Premium DNA END BOSS Collection, representing actual in game scale and massive proportions! He stands a whopping 15" tall with a massive physique, ready to smash any Toad that dare get in his way.

General Slaughter includes 3 interchangeable heads capturing his in game look, both clean and battle damaged, as well as his alternate look seen in between game levels. Words can not describe how imposing and detailed this incredible figure is!