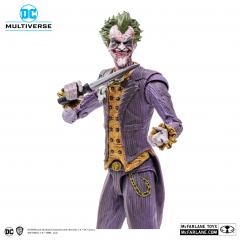 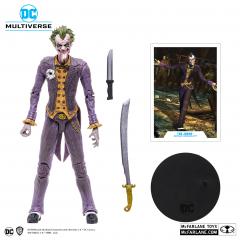 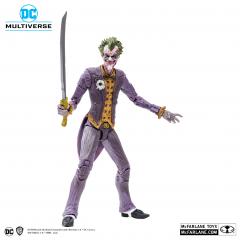 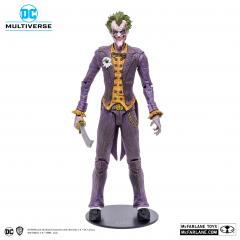 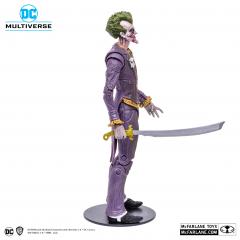 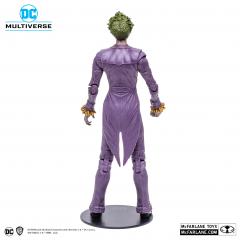 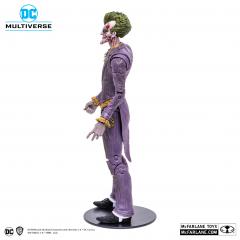 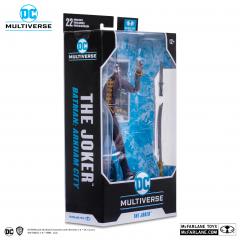 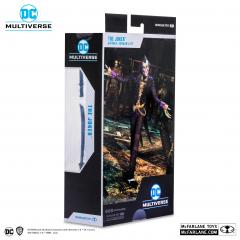 An insanely dangerous Super-Villain, The Joker’s white skin, green hair, and blood-red lips belie the chaotic nature underlying his cartoonish appearance. The self-styled Clown Prince of Crime has no superpowers, beyond a capacity for incredible violence and a skill at creating deadly mayhem. He frequently concocts elaborate schemes to entrap his arch nemesis, Batman. Since his last encounter with the Dark Knight, The Joker has been transferred to the super-prison Arkham City and is stricken with a serious disease caused by the Titan Formula, a potent toxin he secretly funded to be a successor to Bane’s Venom.

Product Features:
- Incredibly detailed 7” scale metallic painted figure based off the DC Multiverse
- Designed with Ultra Articulation with up to 22 moving parts for full range of posing and play
- The Joker figure based on the video game Batman: Arkham City
- The Joker accessories include Sword, knife, and base
- Included collectible art card with figure artwork on the front, and character biography on the back
- Collect all McFarlane Toys DC Multiverse Figures