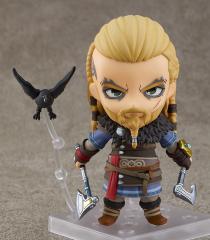 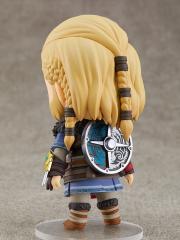 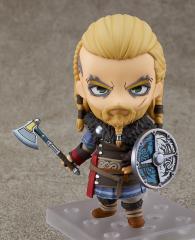 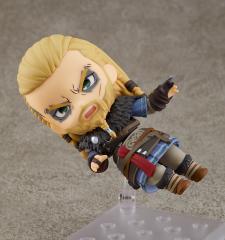 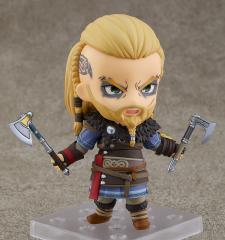 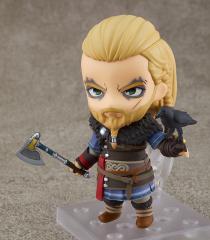 From the latest entry in the popular stealth action game series "Assassin’s Creed® Valhalla" comes a Nendoroid of Eivor! The fine details of Eivor's head tattoo and his weapons have been faithfully captured in Nendoroid form. Optional parts include Eivor's axes, shield and the Hidden Blade, allowing you to recreate stealth poses and action scenes alike! Eivor's companion Sýnin is included in the set as well so you can enjoy displaying them together!