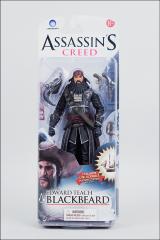 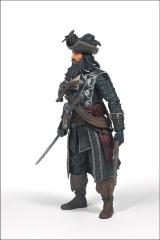 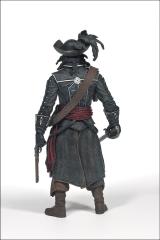 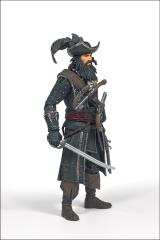 In Assassinâ€™s Creed IV, Edward encounters a diverse cast of infamous pirates, including the legendary Blackbeard. A master of intimidation, Blackbeard carefully cultivated his frightening appearance, using fear to scare away his enemies. With our Blackbeard action figure, you too can follow Blackbeardâ€™s lead. Hoist these dark, stained sails, ripped apart and roughly stitched back together, and give your own ship a horrific style sure to strike fear in the hearts of your foes.

This exclusive figure is available at GameStop