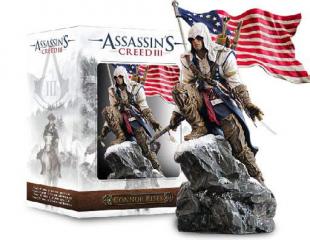 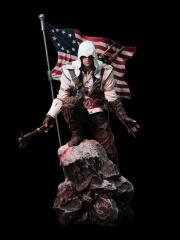 UBICollectibles is proud to present its new masterpiece based on Ubisoft most acclaimed franchise. This highly detailed collectible is specially crafted based on the image of Connor in the video game. The figure is the one included in the limited Freedom Edition and Connor can be seen on a Stone bearing an American flag.

This PVC figure of 25 cm is maintained at maximum detail and adheres to the image of the game.