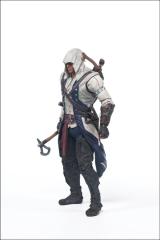 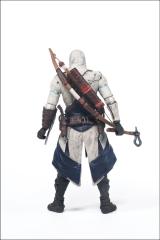 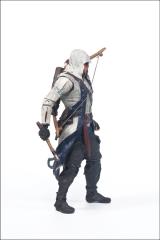 Set against the backdrop of the American Revolution in the late 18th century, Assassinâ€™s Creed III introduces a new hero, RatonhnhakÃ©:ton, of Native American and English heritage. Adopting the name Connor, he becomes the new voice for justice in the ancient war between the Assassins and Templars. Our Connor action figure depicts this secret hero of the revolution in his iconic Assassin robes, as seen on the cover of Assassinâ€™s Creed III. Figure has 27 points of articulation, and comes with an Assassin tomahawk, bow, and a quiver of arrows.